Home / Transcom able to connect to Internet after cyclone Idai

Transcom able to connect to Internet after cyclone Idai

Beira – Mozambique left in the Dark 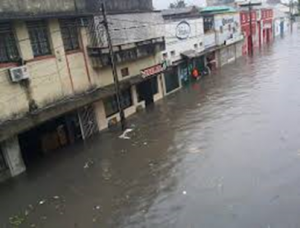 Beira, a port city in Mozambique which serves as a centre for shipping and logistics in the central Mozambican and Central African region. The main imports are liquid fuels, fertilizers, wheat, heavy equipment, textiles and beverages. It is a fishing harbour, which includes canneries, processing plants and refrigeration stores for fisheries. On the night of March 14 cyclone Idai hit the port city of Beira, bringing winds of over 200 kmph. Heavy rains caused severe flooding and damages to roads and communications.

Airport authorities forced to close Beira international airport after the air traffic control tower, navigation systems and runways were damaged by the storm. Hotels that were not destroyed in cyclone were full. Almost all roads and bridges were destroyed, fallen trees and power lines were in the middle of road making it impossible to get into Beira.

The World Bank estimates the direct economic losses from Cyclone Idai in Mozambique to range from $656 million – $773 million.