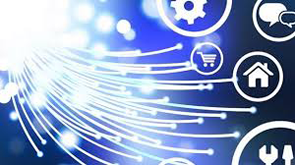 As fibre Internet service becomes available in more places across Africa, fast broadband Internet is becoming a reality for many citizens. However, people who live in hard to reach or isolated places will never be able to experience these speeds. Or will they?

Dr Dawie de Wet, CEO of Q-KON, a satellite Internet provider, says there is good news for rural and isolated communities. “Satellite Internet is quicker and more readily available than ever before.”

“He says satellite Internet works in this type of location because it beams data to an orbiting satellite, thousands of kilometres above the planet, rather than being dependent on a hard-wired connection to a grid the way fibre does.

“The satellite sends any requests to a hub that is connected directly to the Web. The hub then sends data back to the satellite, which in turn sends it back to your machine. In a nutshell, satellite Internet is a natural progression from satellite TV, but the data flows two ways, instead of one.”

Although this might seem highly complicated, all of the data flows happen in microseconds, at speeds comparable to other Internet offerings. “However, this wasn’t always the case. In order to get a grasp of how far this technology has come, one needs to look at the origins of satellite internet, and what the future holds for this technology,” de Wet says.

It all began in October 1957, when the then Union of Soviet Socialist Republics (USSR) made history by launching the first satellite, called Sputnik I, into space. “This world-first artificial satellite was only around the size of a beach ball, approximately 58 cm in diameter, and weighed a mere 83.6 kg. It took around 98 minutes to orbit the Earth on its elliptical path.”

It was not to be expected that anyone could foresee the ramifications this little ball would have on the future of communications, he says. It heralded a new era in technology, and spurred on the space race. “Only five years after that, Bell Labs launched the Telstar 1, the first communications satellite ever.”

According to de Wet, what followed in 1963 was the launch of Syncom 2, the first geosynchronous satellite – one with an orbital period the same as the Earth’s rotation period. “Syncom 2 was the first of its kind, and its orbit was inclined rather than geostationary. It was launched by NASA from Cape Canaveral.”

Then came the Internet in 1983, when every machine connected to ARPANET had to use TCP/IP, the core Internet protocol that replaced NCP entirely. “This became what we know as the Internet today. On that day, the operators of the existing networking hardware turned off all the old networking protocol, and TCP/IP-based Internet became the norm. The World Wide Web followed in 1990, and after this, geostationary satellites started gaining notice as a potential means of providing Internet through satellite.”

He says the opening of the Ka-band for satellites was another significant milestone towards the growth of satellite Internet, and in the early ‘90s the Hughes Aircraft Company applied for a license to launch the first Ka-band satellite. “Although many initial attempts to bring satellite Internet to everybody were a dismal failure, in 2003 Eutelsat launched the first Internet-ready satellite, marking the first real success in satellite Internet.”

What will be next? De Wet says since those early days, speeds have got better and better, and will only continue improve in the future. “In 2018, a COMMStellation made up of 78 micro satellites that will orbit the earth at 1000km is scheduled for launch, and promises throughput greater than 1.2 Gbit/s, and worldwide coverage.”