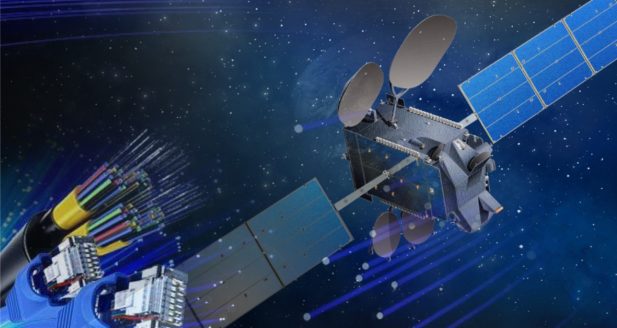 When will Fibre replace Satellite? A perspective on the need for satellite networks for Africa.

International Capacity
Indeed, when considering that Africa has reached almost 6Tbps of international access bandwidth at the start of 2017, which is close to a 30% increase from the 4,5Tbps in 2015 the growth is indeed exponential. (Refer Hamilton Research, Africa Telecom Transmission Map) From this perspective it is understandable that fibre networks are becoming the preferred technology to provide primary international trunk services in a point-to-point service delivery configuration.

Terrestrial Fibre Network Growth
The latest Africa Telecom Transmission Map shows provides a view on the strong growth of terrestrial fibre networks exceeding 1 million route-kms in 2015. In 2014 it was 958,901-km and in 2013 it was 905,259-km indicating a strong year on year growth that is expected to continue in the near future. It is estimated that about one-fifth of this network is in cities connecting business and residential consumers at speeds up to 100Mbps..

Population Reach
In 2015 the Africa fibre network expansions has brought more than 176 million people access to high capacity services. In June 2015, 45.8% of the population was within 25-km range, and 341.0 million people were beyond the reach of terrestrial fibre node.n

South Africa Scenario
Putting the reach of the Africa terrestrial nfibre networks in context, the situation for the wider Gauteng is provided by a composite map, compliments of Otel. This shows the positive growth of fibre networks as well as showing the fast-open areas not connected.
While it can be expected that the networks will grow it should be remembered that fibre a fibre network investment must be recovered from the subscribers in a particular area.

This will drive the requirement that fibre networks can only be deployed for residential and business areas where the demand and subscriber uptake will balance the network investment.

So why Satellite networks?
With only 48% of the Africa population now serviced it leaves more than half of the population without any connectivity. Adding to this that the fibre business case requires high subscriber densities it can be expected that as much as a 30% of Africa population will be outside the feasible reach of fibre networks.
Withing this context it is clear why the satellite industry has continued to develop and grow in order to be an alternative connectivity medium. It is expected that fibre will always be the preferred option, it will just not be always and everywhere available.

As a specialist “off-grid”solutions and services Telco, Q-KON focus on developing and servicing government, business and consumers who are “off-grid”and not within reach of the national terrestrial Telco networks. Together with world-leading international partners, we are developing these services which will continue to meet the performance and cost demands for this specialist market sector.
It is our view that the question is not “When will fibre replace satellite?”, it is rather a matter of understanding the constraints and limitations of both technologies and enabling the market accordingly.