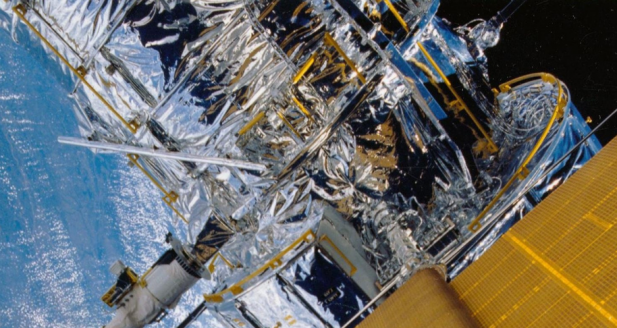 Is SpaceX StarLink Launched for Africa?

A possible road map scenario to the final goal.

On May 23rd 2019 SpaceX successfully launched the 1st 60 satellites of the planned 12,000 low orbit satellite constellation as the start of Elon Musk’s audacious 10-year $10 billion broadband space program. SpaceX just took a giant leap towards making global internet coverage a reality as its fifth Falcon 9 rocket of the year took flight on Thursday evening (May 23), sending 60 internet-beaming satellites into space.

The SpaceX’s StarLink constellation will place 66 satellites per orbital plan at a height of 550km above ground. The satellite will communicate through four inter-satellite laser links forming a communication channel in space which is then linked back to earth ground communication stations. Using the shortest path, computational simulations shows that a New York-to-London link will have a round-trip latency of 46msec VS the current undersea cable networks of 76msec. Will satellite be faster than fibre then?…)

above ground. The satellite will communicate through four inter-satellite laser links forming a communication channel in space which is then linked back to earth ground communication stations. Using the shortest path, computational simulations shows that a New York-to-London link will have a round-trip latency of 46msec VS the current undersea cable networks of 76msec. Will satellite be faster than fibre then?…)

How much will it cost?

Thus far, very little factual information could be sourced on the planned broadband service profiles, the pricing models and other critical end-user go-to-market metrics. Working with the total project cost of $10 billion and with an FCC filing information by SpaceX Services, a SpaceX sister company, to license 1 million end-user terminal equipment, we can estimate some service metrics. Adding to this, the current North America competitive landscape from HughesNet, Viasat and Dish with typical user rates of between $70 and $200 per month, the SpaceX Services will have to connect the first 1 million users at an average rate of $109 over a 10-year period to balance the project business case.

Will this work in Africa?

Technically yes, once the satellite is launched it will work in Africa, and anywhere else in the globe. The more difficult question is; Will I be able to buy this service in Africa?  It is too early to say if the service will be commercially available in South Africa and Africa. What we can discuss is what will be required to ensure service availability and continued market delivery.

The SpaceX StarLink Service will require installation of a fixed two-way communication dish and terminal at each user location, similar to a DStv installation. This means that possible future Service Providers of the StarLink Service must have the capability to install thousands of specialized terminals at end-user locations throughout the service region. Next, the service provisioning, on-going quality-of-service requirements, network operation etc. requires specific niche engineering skills which are not currently part of the general service providers’ technical environments.

Initially, the probable target market will mostly be “off-grid” locations, meaning users at locations which are “off-the-telco-grids” and not connected to the 3G mobile networks or fibre networks.  These are the niche market sectors and will further require more specific and focused marketing campaigns and target sales teams. The incumbent mobile operators and national Telco’s are not currently structured to deal with such a niche service and business set of requirements.

To answer the question; Will this be available in Africa? We must consider the business attractiveness of this special niche service so that any of the Telco’s will adopt this as a go-to-market product. At an average end-user price of R1500 for the service, and based on an estimation of 100,000 terminals (10% of the base), the potential annual revenue income for a Telco will be R150M.  Putting this in context, this will be about 0,2% of Vodacom’s 2019 revenue. For the big Telco’s, this will probably not be considered attractive enough to invest the resources required for such a specialized satellite service product.

Given the expected technical speed and latency performance advantages of the SpaceX StarLink Service, the benefits to connect all “off-grid” users as well as providing a high-reliable, easy to deploy fibre-alternative service, SpaceX Starlink does build a very compelling case that Africa can’t ignore!

It can thus be expected that a new generation of highly-focused, niche satellite service providers will target this opportunity. For providers such as the Q-KON group, who is already leading this market sector with the current HTS satellite services products, this will be the logical next step in meeting the ever growing demand for trusted broadband services in Africa.