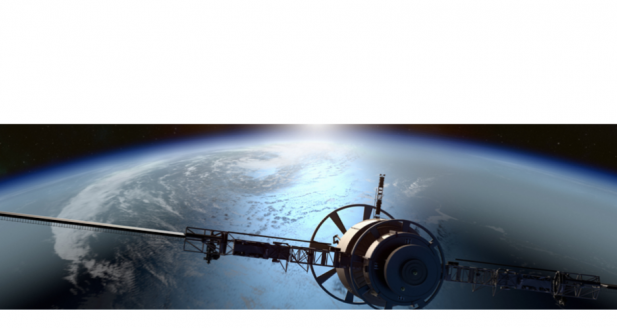 SD-WAN is at the leading edge of software-based networking deployments. It offers significant business value for organizations in terms of business agility and the ability to leverage Internet bandwidth economics. The question was asked how well SDWAN will perform over a Satellite network. We tested SD-WAN to show that this was possible and that SD WAN can be used over a Satellite network.

SD-WAN is an acronym for software-defined WAN and is used in a wide area network. SD-WAN simplifies the management and operation of a WAN by decoupling the networking hardware from its control mechanism. It allows companies to connect remote branch offices to data centres and each other and deliver the applications and services required to perform business functions.

SD-WAN replace traditional branch routers with products that simplifies the setup process and providing zero-touch deployment. Products can be physical appliances or virtual appliances. A centralized controller is used to manage and configure the network and set policies and prioritize traffic

A SD-WAN appliance is basically a combination of traditional routers, firewalls, cashing server and WAN optimisation build into one appliance. It uses VPN type technology to create a virtual network over Internet links or other connectivity methods, and use policies to route traffic over specific tunnels or use redundancy methods to reroute traffic in case of link failure.

Because the SD-WAN solution builds tunnels, with IPsec encryption for security, over the WAN links, these tunnels will negate the optimization techniques provided by the Satellite platform as seen with normal VPN links.

Therefore, the SD-WAN equipment will need to provide functionality to enhance the user experience and provide a business-like quality to the WAN.

The following picture show the network topology used for the tests conducted.

On the remote site, an iDirect modem was used, connecting to the SD-WAN appliance with a PC behind it. L2oS (Layer2 over Satellite) was configure from the modem to the HUB. From the HUB, traffic was sent over a backhaul link, also on Layer2, to Teraco. In Teraco the traffic was handed over to the client’s network over a Layer2 interconnect. The VSAT link was configured as 500kbps/2.5Mbps (Uplink/Downlink).

The first test was done just over the L2oS link, without any SD-WAN functionality configured. This was to establish a bench mark for normal traffic over VSAT where the VSAT link was doing the acceleration and optimization of the traffic.

Next PPPoE was enabled between the SD-WAN equipment, but this showed a big reduction in performance. The PPPoE results only showed 550kbps/1.25Mbps which was worse than expected.

The main reason for the degradation is that the traffic is now inside a tunnel and the VSAT equipment cannot optimize the traffic anymore, therefore the change in colour on the graph from blue to orange. The colour change show that the traffic type changed from Reliable (TCP) to Unreliable traffic (Non TCP).

Then standard SD-WAN configuration was applied which uses a L2TP tunnel inside the PPPoE and the SD-WAN appliances now performed the traffic optimization on the link. Only download was tested and a rate of 2.1Mbps was achieved which was better than normal PPPoE connection.

When multiple connections were opened, we found this value increased to 3Mbps.

The Downstream QoS results correlate with the Remote Sat traffic statistics. The spike to 4Mbps (showed in the red square in Graph 4) was achieved when 5 parallel iPerf streams were opened.

One thing that was noticed, was that the keep alive requests needed to be prioritize in the L2tP tunnel, or else the link would flap. Unfortunately, this is not something that can be configured on the iDirect side, because the traffic is encrypted, so the HUB will not be able to identify the keep-alive in order to prioritize the packet. This was tested during testing and it worked perfectly.

The theory is that the UDP nature of the L2TP did not affect the acceleration of the iDirect platform and that L2tP can handle TCP window scaling better than PPPoE. If a site opens multiple TCP sessions over the link, the site will be able utilize the max MIR of the VSAT link.