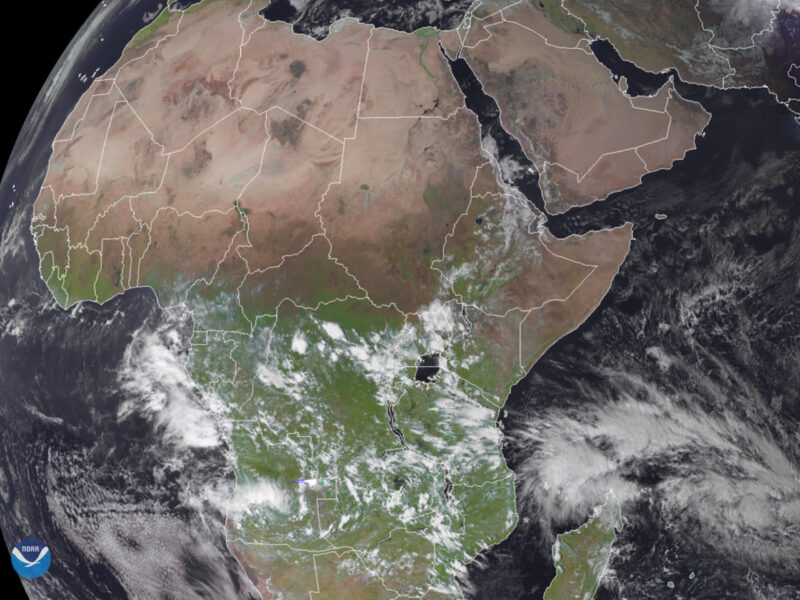 It’s a paradox: the satellite industry is booming, yet the latest International Telecommunication Union fact and figures report indicates that only 13% of the Africa population are connected. Strong satellite broadband supply and massive demand in Africa should be a recipe for business success and rapid deployment across the continent. However, the reality is not so simple – there are material differences, both positive and negative, to consider.

These sectors are conventionally seen as anchoring revenue forecasts and ensuring the viability of large-scale constellation investments. Not so in Africa, where demand in these sectors is minuscule and what demand there is, is met by commercial terms secured in Europe, the U.S., or China.

In 2020, a Market Research Report estimated that the maritime satellite communication market for Middle East and Africa accounted for only around 13% of a global market worth some $2.64 billion.

According to an NSR report released in April 2022, the installed base for satellite terminals onboard airplanes will reach around 16,750 units by 2025, growing to over 40,000 by 2031. This will create an overall HTS capacity demand of 1,000 Gbps and represents a $3.8 billion annual revenue opportunity for satellite operators. However, there is no in-flight connectivity provider operating in Africa.

Africa therefore effectively has no material market for maritime, aeronautical, and mobility services, and has therefore been largely ignored in this context. This suggests that Africa has specific requirements that differ from those of more developed markets.

The dominance of mobile network operators (MNOs) such as Vodacom, MTN, Airtel, and Orange in Africa is undisputed, and has led to innovations and service delivery through MNOs becoming the de facto option for most non-fiber connectivity requirements.

As shown below, MNOs typically cover 90% of the population and invest heavily in brand building and marketing. As a result, they have been able to position themselves as the leading alternative option. Nascent satellite service could find the odds stacked against them, and will only realistically establish a beachhead in areas where mobile services are not feasible or unavailable. This greatly limits the overall size of the potential market.

To close the digital divide, broadband services must fall within African affordability parameters. A recent Alliance for Affordable Internet (A4AI) study (in partnership with the ITU) reported that only 14 African nations met their “affordability threshold” of 1 GB costing less than 2% of average monthly household income. On average across Africa, 1 GB of mobile data costs about 5.7% of the average monthly income.

Similarly, a completed TV-whitespace project, headed up by the South Africa Wireless Access Provider Association (WAPA), established that a service delivery cost of  62 cents per GB (USD) is required to enable widespread customer adoption. While 85% of the Africa population live within areas covered by 4G networks, nearly 50% remain offline due to the high relative cost of mobile data.

Any satellite service provider planning to enter the Africa market with a focus on closing the digital divide and servicing the mass market will need to work with these numbers, which of course exclude the costs of satellite user terminals, distribution, and implementation — all factors that weigh heavily against a large-scale satellite roll-out.

Africa typically has different satellite service solution requirement such as developing integrated end-to-end networks where satellite services are used as backhaul and integrated with local wireless access networks. Such solutions impact on business and distribution models, and demand close collaboration with both local specialist providers and global satellite operators.

Contrary to popular belief, large-scale satellite networks do not offer a compelling business case for incumbent Africa telcos and MNOs.

Consider a large-scale satellite delivery project with 500,000 users and a monthly average revenue per unit  of $30, plus a one-time cost of $200 for terminal supply and installation. At these rates, the equipment would have to be part-funded by the monthly service charge, which would further erode project profitability.

Such a project would have an annual turnover of $180 million – or a mere 2.75% of Vodacom’s $6.5 billion turnover. The effort required from Vodacom to secure this nominal additional income simply doesn’t stack up.

Africa is a creative continent, driven to find solutions for its specific challenges. This has been the key to developing large-scale satellite roll-out projects for Africa. When satellite service delivery is packaged for a specific application, and the execution is optimized for the lowest possible costs, market adoption follows readily.

To implement this application, standard satellite broadband services must be enhanced to comply with financial communication security requirements and integrated with core financial networks. Once this has been done, the value proposition for satellite access services to the financial market is dramatically improved.

Satellite services have intrinsic characteristics such as ubiquitous signal coverage, very high network reliability, service delivery independent of other terrestrial infrastructure that can deliver material and sustainable advantages through delivery of standby services to African retail and corporate markets.

In these cases, delivery of an end-to-end application-focused service solution requires in-country integration with terrestrial networks, building specific core network access policies and partnerships with specialized niche in-country providers. This constitutes a different business model to direct distribution of a standard satellite broadband service. The upside is that revenue and margins are then underwritten by value and secured by long-term key account relationships.

The fact that the digital divide has not yet been addressed does at least confirm the presence of a large, underserviced market in Africa – a market that can potentially be unlocked using appropriate business models and execution strategies.

Demand can be quantified by using selected verticals to forecast satellite capacity and model higher-end consumer market potential, plus the size of the financial sector market and business retail market. For example, the size of the direct-to-home (DTH) TV subscriber base can be taken as a guide to the potential size of the market for satellite connectivity. As of November 2021, there were a reported 4.7 million DStv DTH portfolio subscribers. The addressable high-end consumer broadband estimate is therefore 235,000 subscribers (5%), equating to a satellite capacity demand of around 60 Tbps.

Looking at the top five commercial banks in South Africa, financial sector demand for point of sale connectivity is estimated to be 10% of a total installed base of 2 million point of sale trading points. At an addressable ratio of 10%, this equates to a satellite network capacity demand of 20 Tbps, excluding any additional broadband services.

Retail trading market demand can also be considered as an indicator of the potential market for large-scale satellite services. In this sector, satellite services will mostly be used as a backup to fiber, and integrated into SDWAN network architecture. There are around 7,000 branded retail stores in South Africa, of an African total of some 50,000 retail stores with the potential to generate a satellite back-up demand of 15 Tbps.

Considering these market metrics, Africa represents a large, attractive and untapped target market to prudent service providers. Equally, Africa will remain inaccessible to those who oversimplify service delivery and attempt to service the continent with an off-the-shelf distribution model. Light-hearted African folk wisdom asserts that “Africa is not for sissies” – in other words, it is not for the faint hearted. To some extent, this can be applied to those who wish to execute large-scale satellite projects here in Africa.

Yes, the market is there and no, you will not succeed by adhering to textbook distribution models. Africa is best served by paying close attention to the on-the-ground application requirements and challenges, and building scalable end-to-end solutions.