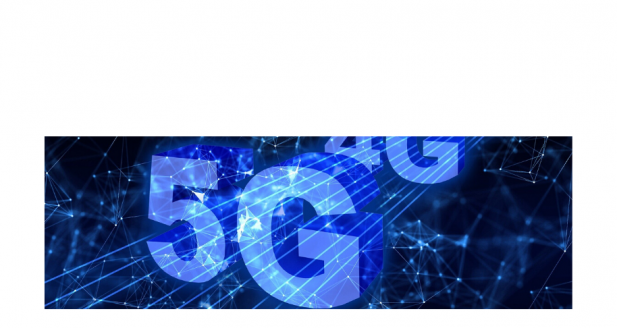 A technology perspective on the possible health risks of 5G

The recent deployment of 5G mobile networks has created much debate on the possible health risks due to higher signal radiation. So widespread is this debate that even we, as a satellite service provider, have received concerns about 5G and the possible health risks of satellite services. In response to these respected customer concerns, we prepared the following perspective to enable a better understanding of this unfolding broadband technology landscape.

Step 1 for this discussion is to provide a clear definition and framework for what 5G is.  While 5G is normally referenced to the deployment of new high-speed mobile networks this is actually just one element of the evolving 5G macro technology landscape. Defined by the ITU, 5G is a “network of networks” and 5G is fundamentally about the network core architecture moving to all-IP routing.

The goal of 5G is to deliver enhanced mobile broadband, massive IoT and ultra-reliable, low-latency (<1msec) communications.  It will include all current communications mediums, i.e. mobile networks, wearable devices, Wi-Fi access points, industrial IoT nodes, etc.  Key to providing context to this discussion is that 5G is not defined and limited to mobile broadband networks only, these are just the currently leading deployments.

If 5G is a core network architecture (understand this as a network protocol or set of data communication rules) and the current mobile deployments are just one implementation scenario for such 5G architecture, then on what basis do we discuss the possible health risks of 5G networks?  Do we mean to discuss health risks relating to a network core technology or do we mean to discuss the possible health risks relating to the radiation risks of micro mobile base stations being deployed by the mobile operators to expand broadband network services while using 5G as the core network architecture?

Considering all the media comments, the general debate is around the possible health risks of the micro-base stations being deployed by the mobile operators. Since our intent in this discussion is to provide additional perspective to the public debate, we will continue further and provide comment on this approach ie. Do large scale deployments of micro-base stations pose any health risks?

Since we now understand that the context of this discussion is not about 5G but rather about the possible radiation risks of signal transmitters such as micro-mobile base stations, we are much better positioned to outline a better general understanding.  Insight #1: The possible health risks thus have nothing to do with the new advanced 5G network architecture being developed.

Are micro-base stations a health risk?

This is the critical question and topic of much current and past research. Different research opinions have continued to fuel the debate with no clear convincing outcome. The World Health Organisation provides the following summary of the current research status:

Tissue heating is the principal mechanism of interaction between radiofrequency energy and the human body. At the frequencies used by mobile phones, most of the energy is absorbed by the skin and other superficial tissues, resulting in negligible temperature rise in the brain or any other organs of the body.

To date, research does not suggest any consistent evidence of adverse health effects from exposure to radiofrequency fields at levels below those that cause tissue heating. Further, research has not been able to provide support for a causal relationship between exposure to electromagnetic fields and self-reported symptoms, or “electromagnetic hypersensitivity”.

Epidemiological research examining potential long-term risks from radiofrequency exposure has mostly looked for an association between brain tumours and mobile phone use. However, because many cancers are not detectable until many years after the interactions that led to the tumour, and since mobile phones were not widely used until the early 1990s, epidemiological studies at present can only assess those cancers that become evident within shorter time periods. However, results of animal studies consistently show no increased cancer risk for long-term exposure to radiofrequency fields.

It is interesting to note that the implementation of 5G networks is being done on much higher frequencies and this is often quoted as the main reason why micro base stations on 5G internet networks will be more harmful.

In reality, signal waves operating on these higher frequencies will be attenuated quicker and will penetrate the human body far less than the lower frequencies currently used.

What about other sources?

Yes – this is indeed a much more relevant concern. While the public deployment of 5G mobile networks drew much public media attention, the general modern user might introduce much more harmful radiation in his personal environment by using smart wearable devices, home security, home automation and internal Wi-Fi networks. These additional sources of radiation are at lower frequencies and at closer proximity to user bodies than the 5G mobile micro base stations being deployed in the streets.

While the public debate on possible 5G health risks will probably continue, we can at least now understand that this is not a 5G debate. It is rather a debate on the possible risks of large-scale micro base stations deployments and then we need to remember that the higher frequencies planned for these future 5G mobile networks will penetrate the human body much less than the previous networks.

Also, the biggest sources of harmful radiation could be introduced by users themselves in the form of wearable smart devices, home security, domestic Wi-Fi networks and smart home networks.

Technology is then no different than any other aspect of our lives in that our own personal choices will have a much bigger influence on our own health than public mobile deployments.  Our use of smart devices in our homes are probably a much more important consideration than the debate on 5G base stations in the street.